The fan fiction below was written by Rob E. King and submitted to Twin Peaks: The Fan Dossier, a writing contest hosted by Welcome to Twin Peaks with the support of Flatiron Books and Mark Frost. A new entry is shared every Fan Fiction Friday.

Gordon, I am detaching my personal emotions on this file being an agent in the field. It has come to my attention that an undisclosed agent worked with you on the Teresa Banks murder case. I am sure you have important reasoning for this deep cover-up. In the few instances of the agent’s mention, it is apparent that said agent is female. The agent’s code name was Lil. She was a known associate of Diane Evans. In a memo found in Diane’s files and dated for July 1987, it appears the two were to meet then DEA Agent Dennis Bryson over cocktails at McGillin’s Old Ale House. Evidence suggests it was not uncommon for the three to meet as I found an entire folder with such memos. One included a lipstick-kissed napkin with two mustache hairs left behind. The handwriting appeared to be Bryson’s. This date informs us that Lil, Bryson, and Diane were friends before Cooper’s first job with Bryson.1 That would be the drug seizure on the border of Tijuana. Cooper would not meet Bryson again until her investigation into Cooper’s breach of jurisdiction in Twin Peaks. The scant evidence I found regarding Agent Lil’s early years with the Bureau is coded with comic strip names—Audrey, Lulu, and Abby. The latter of those names almost threw me off her tracks, being a take on Abner. This is not surprising as it appears she worked in intelligence for departments on encryption and ciphering. The communiqué between Lil and Diane should not be engaged lightly by those inflicted with epilepsy. The text changes randomly between colors, Morse symbol, binary and Esperanto. I almost got a migraine deciphering their messages. It is my belief that Lil has continued to play an important role in the Bureau in the deepest of covers under The Blue Rose Task Force. It seems you even kept her identity from Agent Phillip Jeffries and one-time Agent Windom Earle.

Further investigation reveals that Agent Lil followed you to Deer Meadow upon Agent Chester Desmond and Agent Sam Stanley’s investigation into Teresa Banks’ murder.2 Where has she been since then? I am going to suggest her continued involvement with our Task Force in the following paragraphs. I will await your confirmation of such activities. It is known that you were called to an emergency case concerning a standoff at Branch Davidian Compound Mount Carmel in Waco, Texas on Sunday, February 28, 1993. You were able to arrive at noon with members of the FBI’s Hostage Rescue Team. Here, it states that one Lulu was in tow for communications efforts. The report states that cult leader David Koresh entered phone communications with F.B.I. agents Steve Schneider and Wayne Martin on one side and the ATF’s Jim Cavanaugh and Waco Police Lt. Larry Lynch handling local efforts. Your note states that Koresh believed he cracked the code of Seven Seals in the Book of Revelation. In secret communication, I read where one Lulu—I believe this to be Agent Lil—held a two hour phone communication with Koresh. On March 15th, the F.B.I. file insists on modified negotiations, but states clearly that they would no longer entertain Koresh’s “Bible babble.” I am trying to understand your notes here, sir. I would like to state for the purposes of this dossier that either you or Agent Lil has drawn a thick Rorschach-like ink blot with what in my estimation appear to be insect antenna. This was the last marking in your field notes before you and Lulu are stated to have departed Waco before the compound’s unfortunate demise on April 19th. I have heard stories personally of the paperwork that kept you in office for months after that tragic day.

Suspected Agent Lil appears again with her various play on names in report for a WikiLeaks investigation that was initiated in 2010. Its status is on-going. Lil appears to have been a master linguist. The last mention I can find of her whereabouts is in a directive signed by you and now Chief of Staff Denise Bryson. I will be spare with exact details in this portion of my dossier. With mention of Burmese jade mining operations, I am reminded of two points from my recent research. I am reminded of the Archivist’s details of a green ring that captured the interest of Major Garland Briggs. Was its composition stated as jade?3 I am also reminded of Fred Lee Crisman’s strange claims in the survival of an attack by what he believed to have been Lemurians upon reading The Shaver Mysteries. I can only assume you have fuller knowledge of the investigation in Burma in relation to our on-going efforts.

1 Evidence continues to suggest that Evans and Bryson were unaware of your secret assignments for Lil.

2 Gordon, I would like to meet with you in the near future for a look into Chester Desmond’s files. A search for his
whereabouts remains uninitiated. Why?

3 Note to self. Request access to the Archivist’s dossier for fact-checking. 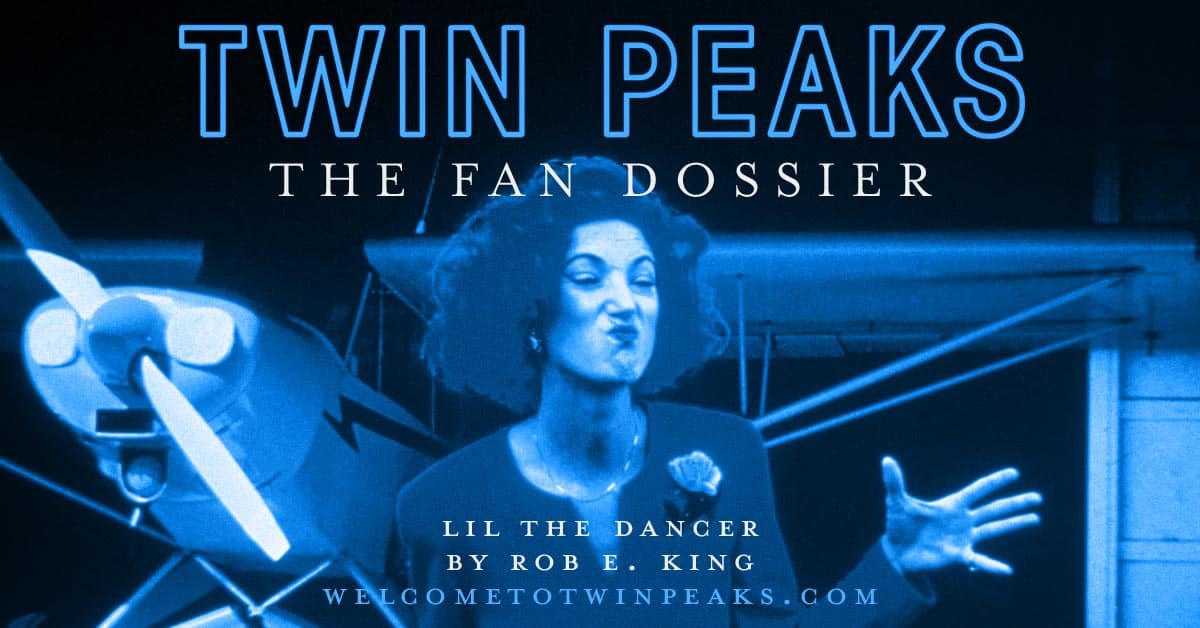 The Fan Dossier: Lil The Dancer, Encryption Guru is peaking on Facebook with 96 shares
Share it with your, excuse me, DAMN good friends