It’s seven o’clock. Do you know where your freedom is?

Many viewers experienced Twin Peaks Part 12 as an exercise in patience. Some of you stayed zen like Albert during the seemingly endless exit of Gordon’s French companion, while others felt the urge to start yelling like an infuriated Audrey after Charlie’s disturbing phone call to Tina. And sure enough, also in this part, David Lynch reuses a whole minute we’ve already seen in Part 5. As if we’re not running out of precious new Twin Peaks time, we’re presented with recycled Dr. Amp footage plus some of the same reaction shots of his biggest fan, Nadine Hurley. This is not the first case of repeat footage. Drugged-out mom’s “1-1-9!” scene appeared in both Part 3 and Part 6, for instance. But this was certainly the longest.

In the same vein as the glass box/purple sea mashup, a fan synced the segments to demonstrate they are one and the same. So far, no significant synchronicity has been discovered observing the side-by-side footage. Nevertheless, some interesting simultaneous events include Audrey Horne saying her very first line in the new series just after Dr. Amp hits the golden shovel with his hammer, and her going “What kind of SHIT are you?” when Dr. Amp just dug himself out of it.

Can you think of a reason why David Lynch would show us the exact same intro? Is it just because he can? Or are the people of Twin Peaks caught in a Groundhog Day-ish time loop? Is it future, or is it past? What are your thoughts?

Thanks to Thomas for creating and sharing the video. 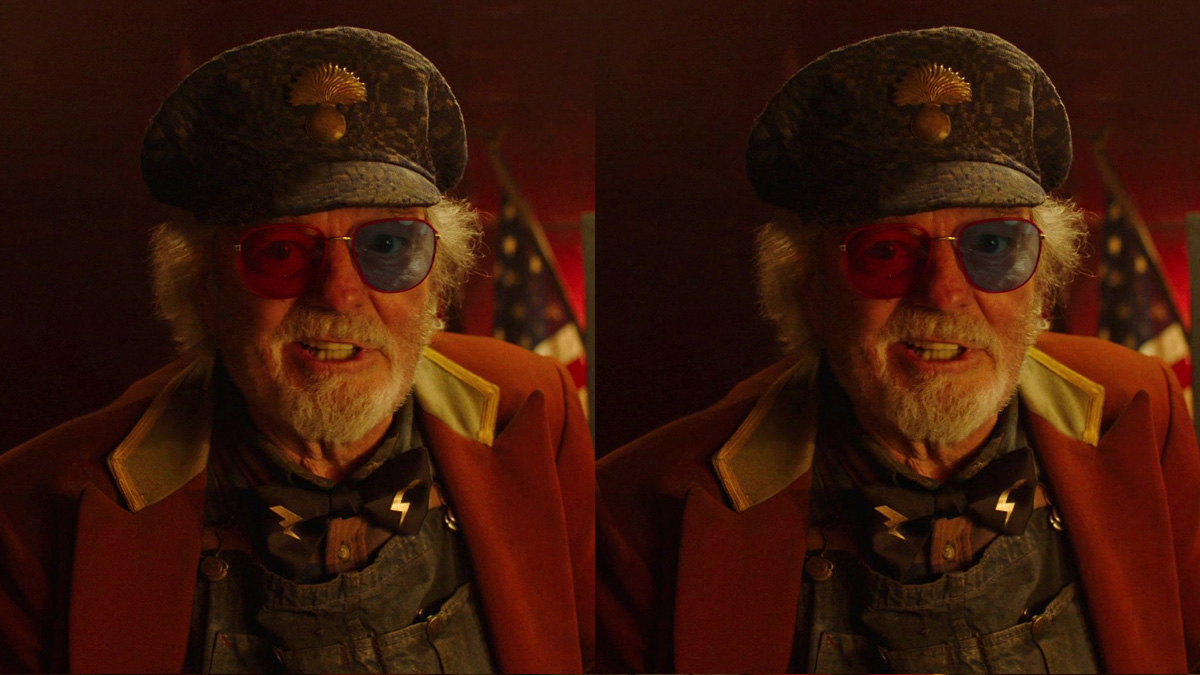 Dr. Amp Is At It Again… And Again! Jacoby's Scenes From Parts 5 & 12 Side By Side (Video) is peaking on Facebook with 791 shares
Share it with your, excuse me, DAMN good friends