The Double R Club is proudly continuing their annual Miss Twin Peaks Contest with a 4th edition on Thursday, June 20th 2013. As usual, the Bethnal Green Working Men’s Club in London is where they will crown Miss Twin Peaks, Miss Ghostwood and Miss Sparkwood 2013.

“A Gathering Of Angels…”

As our FINAL Double R Club before our summer ‘disappearance’, we give you a beauty pageant from another place, a tournament between the beauteous and the bestial, the feminine and the feral, all played out in a world of dreams…

DON’T FORGET this is YOUR chance to WOW US in our ANNUAL FANCY DRESS COMPETITION! Dress as your favourite Lynch character, image or idea, to WIN the BEST prizes of the year!!!!

If you haven’t attended in previous years, watch the video below to get an idea of what a David Lynchified beauty pageant by The Double R Club looks like. Featuring Benjamin Louche, Myra DuBois, Diva Hollywood, Miss Amelia, Sabrina Sweepstakes, Miss Emerald City, Trixie Tassels, Josephine Shaker and Leah Debrincat. Kudos to Anthony Ratcliffe Films for the filming and montage. If you’re wondering about the soundtrack, it’s not a new Thought Gang song but Andrew Liles with “Robotic Monkey.” 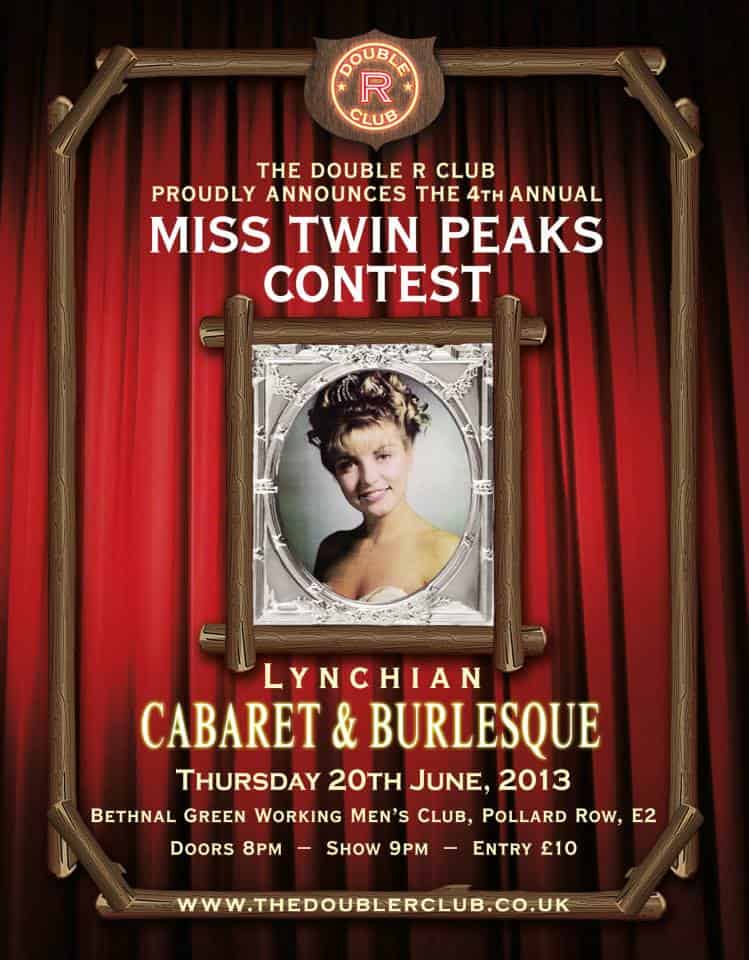