While preparing my 2008 road trip to the Twin Peaks filming locations in Washington state, I envisioned myself doing it in style. Instead of a typical rental car, I wanted to cruise from the Double R Diner to the Great Northern in Bobby Briggs’ sexy 1969 Plymouth Barracuda Convertible, Leland Palmer’s 1975 classy Chevrolet Caprice Convertible, or maybe James Hurley’s bike, the 1975 Harley-Davidson Electra Glide.

But that didn’t happen. Of course I didn’t find any of these rides for rent and I ended up driving a KIA. Luckily, that didn’t make my first visit to Twin Peaks any less of a magical experience. 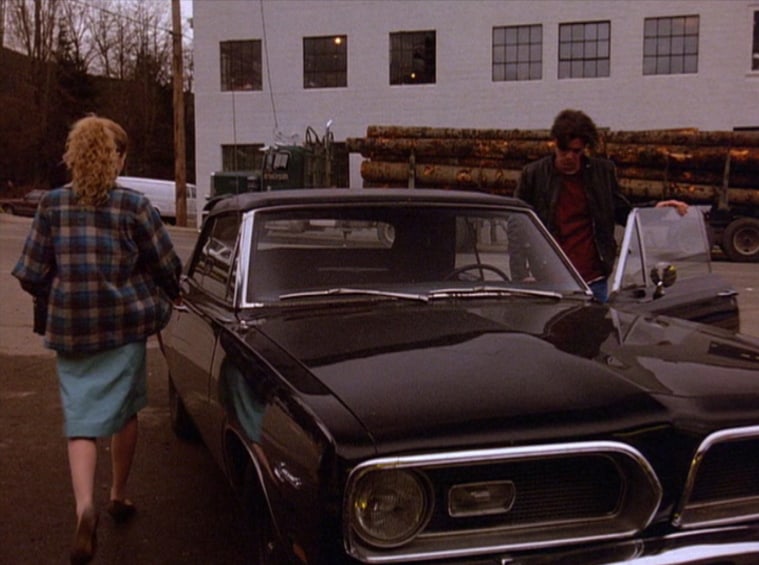 Talking about the motorcycles and vehicles in Twin Peaks, Charles of In Twin Peaks compiled a list of all the Twin Peaks cars, their makes and build dates along with stills from the show and movie. I’ve already sent Charles some clues regarding the few unidentified cars left on the list, but if you recognize any of them, please share make and build date in the comments below.

You can find the entire list of cars over here.