“One horrible nightmare ended a young woman’s innocent life, and forever changed another.” With permission of the author, Welcome to Twin Peaks presents the complete preface to Harry E. “Buzz” Teter’s book Twin Peaks: The True Story, released on April 9 2015 and available as eBook and paperback from Amazon and Barnes & Noble.

This book tells the story of one man’s thirty-year search for answers to questions about who murdered his girlfriend in a brutal and devastating way. His questions burned, and memories haunted him. Who murdered Nancy Easton? Who hid the truth? Who knew the truth, but wouldn’t or couldn’t ever tell it? Did Hollywood happen upon this story long ago? Why did it end the way it did, and was justice truly served? The author wants you to decide in his touching and poignant memoir spanning decades.

For 40 years I’ve played the “What If” game. If I’d done things differently, would my girlfriend still be alive? What did I do so wrong that caused a beautiful young girl to lose her life in an extremely violent manner? Well, after 40 years, you come to find that some questions just don’t have answers. You make yourself crazy thinking about it. That old axiom, “Time heals all wounds,” is total B.S. Time might take the rough edges off, but that’s about it.

This is the true story of the violent murder of a young woman in Twin Peaks, California, in the 1970s. It’s also a story that has been an albatross around my neck for the last 40 years. The impact of the murder has had far-reaching effects on my life, good and bad. Mostly bad. The two worst are developing a lifelong “fuck it” attitude, and consuming large amounts of alcohol. More on that later in the story.

When I first watched David Lynch’s Twin Peaks on TV, it was like a knife stab to the gut. I had spent many years trying to ease the memory of what happened that winter night so long ago. Then comes along a friggin’ TV show, opening up all the old scars. My wife, Debi, really liked the show, as did my son, Bryan, so I was stuck with it playing in the house. I ignored it, but it was impossible not to pick up bits and pieces. After a while, I was convinced Mr. Lynch had gotten his idea for the show from the real murder mystery that happened several years prior in a small, ex-mill town in the mountains of Southern California.

Here’s how I think it happened. David Lynch lived in Los Angeles from 1971 to 1979 – the same years the murder and following investigation took place. The type of Hollywood people Mr. Lynch would associate with are the same people who have hideaway vacation homes in nearby Lake Arrowhead. Lake Arrowhead is a mountain community in the San Bernardino National Forest comprising a mosaic of small towns, with Twin Peaks being one of them. The area, only one-and-a-half hours away from Hollywood, has long been the refuge for celebrity types looking for a quick escape from the killer pace of movie-making. Many big-name stars, producers and writers have owned homes in the area since the 1930s, when Noel Coward first set up shop there. I don’t know if Mr. Lynch ever owned a home at Lake Arrowhead, but he undoubtedly had friends who did…friends who lent their homes to friends for weekend stays.

Also during this time, the commander of the Sheriff’s substation was a guy named Ken Blackwell. Ken would know the particulars concerning the murder since it happened on his turf. It was well-known in town that Ken was a major league suck-up when it came to visiting celebrities. It’s very possible that Ken leaked details of the crime to Mr. Lynch or one of his friends.

One other thing tells me Mr. Lynch was familiar with the Lake Arrowhead/Twin Peaks area. In 1985 or ‘86, Mr. Lynch pitched a movie project to Dino De Laurentiis just before he went out of the movie-making business. Not much is known about the project, other than that it was a mystery story. The name of it was “Up at the Lake.” Anybody in the movie business from Hollywood asks you, “Where you been?” and you answer, “Up at the Lake,” they know you mean Lake Arrowhead.

So, let’s take a look at the similarity of the fictional TV show and the real murder. Obviously, we’ll start with the town itself. The fictional Twin Peaks is a mill town situated in a mountainous, forested area. The real Twin Peaks was a mill town up until 1956. Many parts of the Dexter Mill exist to this day. The town is in a mountainous, forested area.

As to the crazy characters depicted in the TV series, Lake Arrowhead certainly had more than its fair share. Still does today, though I can’t say we had a Log Lady. Lake Arrowhead and Twin Peaks in the ‘70s were exactly those kinds of small towns that Mr. Lynch would love to dissect. There was just so much material there to work with.

I think not. I can’t say this is where David Lynch definitely came up with the story, but the similarities are compelling. I will stand by the facts as I’ve written them. I think the best thing to do is let the reader decide.

This is also the story of a bungled police investigation by the San Bernardino County Sheriff’s Department and how that institution used its authority to protect its reputation once it discovered how badly it had screwed up.

My big problem was I could never stop thinking about it. Over time that preoccupation paid off when I eventually uncovered a nest of monsters that had been living right in front of everybody involved…the whole time.

The albatross around my neck got a whole lot lighter when the monster who murdered my girlfriend died a miserable, lingering, cancerous death. I think writing about what happened will be cathartic and help remove the rest of the leftover weight. 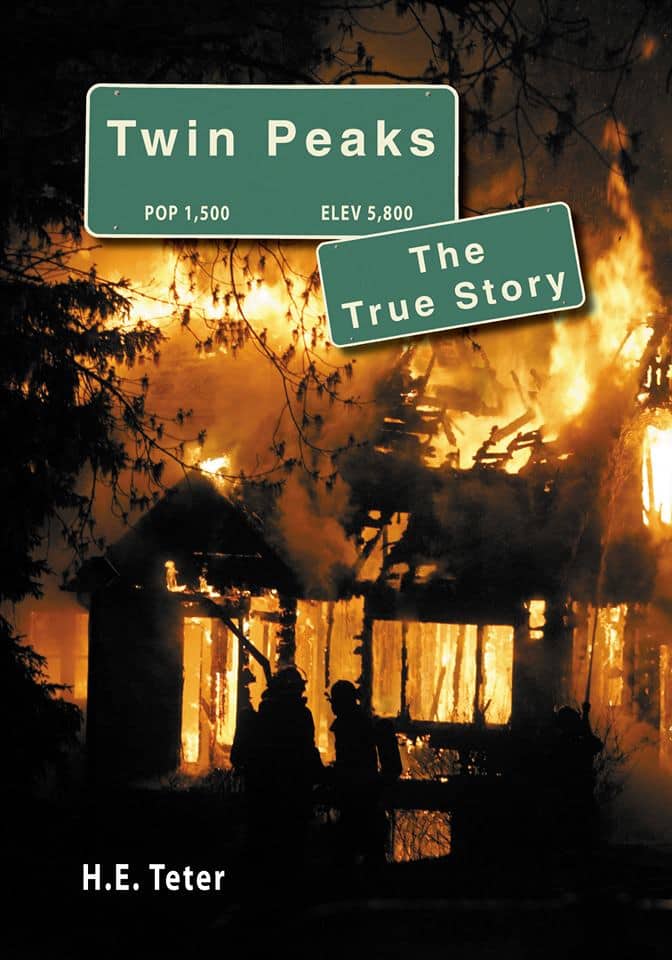 NOTE: In a conversation with the author, Welcome to Twin Peaks pointed out to Mr. Teter that the scripts for the TV show were co-written by David Lynch and Mark Frost. Further, that Mark Frost drew inspiration from a real life crime story that unfolded while he was growing up. The author acknowledges that, and has no doubt that the two creative minds at work collaborated on the creation to make into the brilliant product it became. No slight to Mr. Frost’s contributions was intended.

The author’s sole intent was to share the story of Nancy Easton’s murder and honor her memory in his own way. He never claims, then or now, to be an expert on the TV show Twin Peaks.  When Ms. Easton was murdered, Mr. Frost would have been approximately eleven years old. However, Mr. Lynch was already an adult living in southern California. Mr. Teter’s opinion remains that the similarities to this murder may have influenced Mr. Lynch. The author has faith that, after reading the book, readers’ will be capable of discerning and recognizing these similarities to decide on their own.

Questions to the author can be posted below or on the book’s Facebook page.